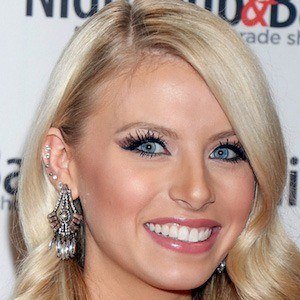 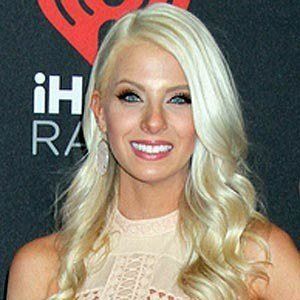 Model and reality television personality who first gained exposure as a contestant on the twentieth season of The Bachelor. She is also the co-creator of the beauty, health and fashion blog Blondesense702 as well as the YouTube channel of the same name.

She grew up in Las Vegas, Nevada and worked as a cocktail waitress at Marquee, the nightclub located in the Cosmopolitan Hotel.

In 2013, she appeared on CMT's Dallas Cowboys Cheerleaders: Making the Team, where she was eliminated in the first episode.

She has an identical twin named Haley, who appeared alongside her on The Bachelor. She has been dating NHL player William Karlsson since November 2017.

She and her twin sister competed for the affections of Ben Higgins on The Bachelor.

Emily Ferguson Is A Member Of