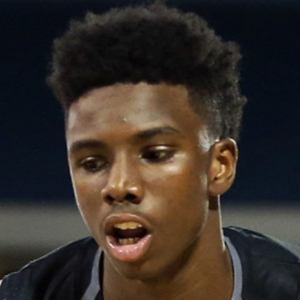 Shooting guard and Slam Dunk Contest winner who made his NBA debut with Oklahoma City Thunder in 2018. He played collegiately at the University of Kentucky and helped the team reach the Sweet 16 in the 2018 NCAA Tournament.

As a high school senior he averaged 19 points-per-game and went on to be one of the top players in the class of 2017.

He won the 2019 Slam Dunk Contest. He was also a member of the United States' Under 18 national basketball team.

He is the son of Abdoulaye and Marima Diallo.

Hamidou Diallo Is A Member Of