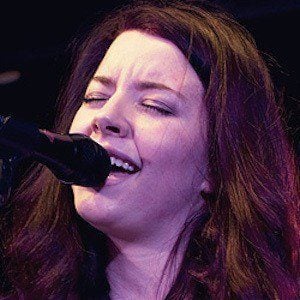 American singer and guitarist also known as HANA who earned buzz with a string of independently-released EP's before releasing her debut LP, This Way, in 2009. She has performed as an opening act for artists like Grimes and Lana Del Rey.

She received her first guitar as a Christmas present in eighth grade. She took voice lessons throughout middle school and high school.

In 2011, she won a contest put forth by the band Incubus in which they released the sheet music for the song "Promises, Promises" and encouraged fans to create their own version.

Her album This Way was released on the FNR Records label owned by Evanescence guitarist Ben Moody.

Hana Pestle Is A Member Of