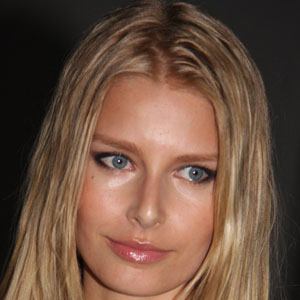 Model most known for her work with Victoria's Secret. She has also graced the cover of several fashion magazines, including American Vogue in 2004.

Prior to modeling, she loved to play basketball and was considered an expert at it based on her height and athleticism.

In 2004, she was one of the models selected to appear on the cover of American Vogue, which compared the top contemporary models of today to the supermodels of the 1980s 1990s.

She married Drew Aaron, a paper mogul and entrepreneur.

She has been compared in both appearance and career to '90s supermodel Daria Werbowy.

Hana Soukupova Is A Member Of