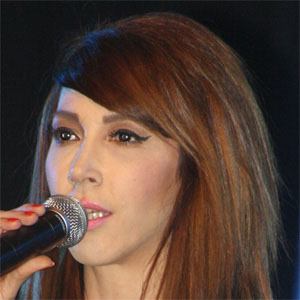 Singer from Turkey known for popular albums like 2004's "Love Doesn't Understand a Woman's Soul". Her music has spanned across multiple genres, including pop and trance.

She dropped out of Erenkoy Girls High School to marry her boyfriend Ugur at age seventeen.

She played a gay icon in the 2008 Turkish drama film "The Queen Is in the Factory".

Her 2007 album Nasil Delirdim? (How Did I Go Mad?) featured several songs written by Sezen Aksu.

Hande Yener Is A Member Of