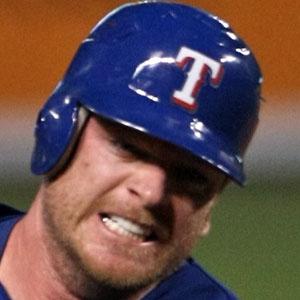 Former major league player best known as a third baseman for the Texas Rangers from 2002 to 2009. He was an All-Star selection two consecutive years in 2003 and 2004.

He was drafted by the Rangers in the 1999 MLB Draft and played for minor league teams like the Savannah Sand Gnats before making his major league debut in 2002.

He had a rib surgically removed after being diagnosed with Thoracic outlet syndrome during the 2007 season.

His brother, Jack Blalock, was a minor league player for teams like the Texas Rangers and Philadelphia Phillies.

He played for manager Ron Washington as a member of the Texas Rangers.

Hank Blalock Is A Member Of