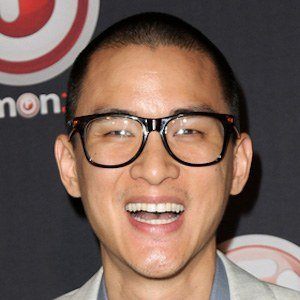 Actor known for his roles in the movies The Angriest Man in Brooklyn and Bob Thunder: Internet Assassin. In 2018, he'd play Brendan in Life-Size 2 starring Tyra Banks. He's also appeared in episodes of Switched at Birth, Eastsiders, and Blue Bloods.

He started performing stand up comedy when he was still in high school. He attended The University of Westminster, Wheaton College, and The Actor's Studio in New York.

He has a significant social media presence on YouTube, where he uploads vlogs to more than 20,000 subscribers.

He speaks Mandarin Chinese. He also talks about LGBT issues on his channel.

He worked with Robin Williams on The Angriest Man in Brooklyn and uploaded a tribute to his YouTube channel after the actor's death.

Hank Chen Is A Member Of