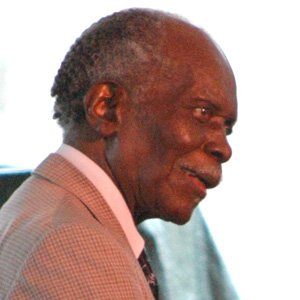 The Dean of Jazz Pianists. He accompanied numerous stars, including Frank Sinatra and Ella Fitzgerald during her tour of England.

He started playing at local establishments by the time he was 13, and by his 20s, he had moved from Michigan to New York.

He was honored with the Jazz Masters Award by the National Endowment for the Arts in 1989 and was declared an American Society of Composers, Authors, and Publishers (ASCAP) Jazz Living Legend in 2003.

His two sisters played piano, and both his brothers, Thad and Elvin, became well-known jazzmen.

He played the piano for Marilyn Monroe's infamous rendition of Happy Birthday at the May 19, 1962, Madison Square Garden birthday party for John F. Kennedy.

Hank Jones Is A Member Of