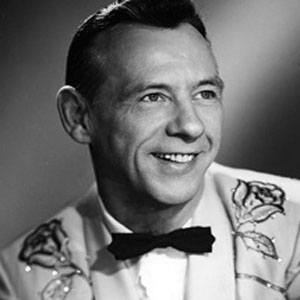 Country singer whose career spanned almost a half-century. He released 140 albums and is best known for songs such as "I'm Moving On" and "The Golden Rocket."

His first album, "Country Classics", was released in March, 1952 under the RCA Victor Label.

He was inducted into the Country Music Hall of Fame and a museum celebrating his life's work was opened in Liverpool, Nova Scotia, Canada.

His parents, George Lewis Snow and Marie Alice Boutilier, separated when he was eight years old.

His music has been covered by a number of legendary artists such as Johnny Cash, The Rolling Stones and Elvis Presley.

Hank Snow Is A Member Of