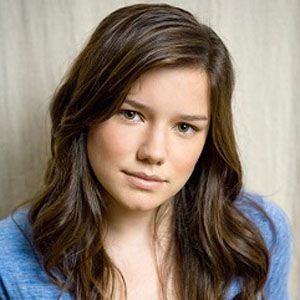 Best known for her Australian Film Institute (AFI) and Logie Award-nominated performance as Holly in the Australian Broadcasting Corporation series Bed of Roses, she also appeared in the Starz series Spartacus: Vengeance.

In her mid-teens, she appeared in several short films, including Galore and Simulation 1201.

A gymnast as well as an actress, she was honored at the 2005 Gymnastics Australia awards.

The daughter of teacher parents Ray Lawrence and Maggie Mangan, she grew up in both England and Australia.

She co-starred with Myles Pollard in a 2012 feature film titled Thirst.

Hanna Mangan-lawrence Is A Member Of