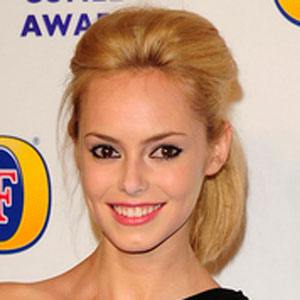 English actress known for her role as Katy Fox in the British soap opera Hollyoaks.

She grew up in Leigh-on-Sea and attended St. Michael's School, and St. Hilda's School in Westcliff-on-Sea, Essex.

She quit her role on Hollyoaks in 2007 to take advantage of new acting opportunities.

She was born to parents Ken and Carol Tointon and has one older sister, Kara.

Hannah Tointon Is A Member Of