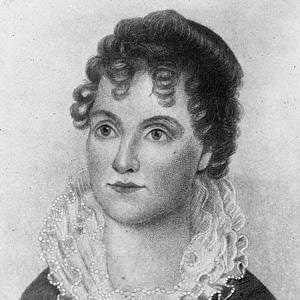 The wife of the eighth U.S. President, Martin Van Buren. She is still considered a First Lady of the United States despite the fact that she died before her husband became President.

She and Martin grew up as childhood sweethearts, in a tight-knit Dutch community in New York.

She had four children with Martin Van Buren.

One of her sons married a relative of Sleepy Hollow author Washington Irving.

Hannah Van Buren Is A Member Of