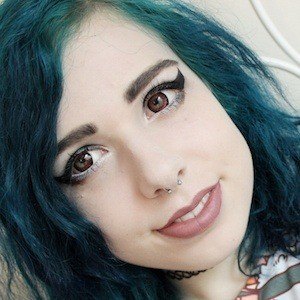 YouTube star widely known for her self-titled "Adventures Through Recovery" channel where she explores the ins and outs of dealing with mental illnesses in daily life.

Though created in 2011, her first YouTube videos in 2013 were mostly centered around challenges like the Chubby Bunny challenge and the Baby Food challenge.

Many of her most popular videos are dealing with the difficult topic of self harm.

Though born in Holland, her mother was from Canada and they later moved back to North America. She has a younger brother named Renzo.

Hannah Vancouver Is A Member Of