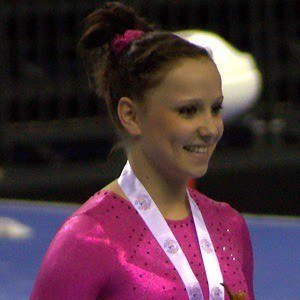 British artistic gymnast who competed in the women's events at the 2008 and 2012 Olympics, but did not medal in either one.

She trained at the renowned Flips Academy in Texas, and then joined future Olympic gymnast Beth Tweddle.

Though she had not earned any Olympics medals in either of her two Olympic appearances, she was one of Britain's top gymnasts.

Born in Singapore, she moved to Stockport, UK, at age 2, where she began training in gymnastics, persuading her mom to enroll her in classes.

She and Hannah Mills were both part of Team Great Britain at the 2012 Olympics in London.

Hannah Whelan Is A Member Of