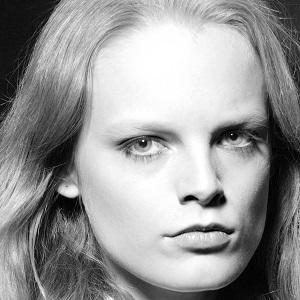 Known for her runway work for the Thakoon, Rodarte, and Marc fashion lines, Odiele is also famous as the face of designer Alberta Ferretti's Philosophy collection. In addition, she appeared in DKNY Jeans and Vera Wang campaigns and was photographed for Vogue Italia, Elle, and Marie Claire.

She began modeling in her late teens and, in 2005, was signed by the New York-based Supreme Management modeling agency.

In late 2006, she was involved in a serious automobile accident that left her with two broken legs and forced her to take a nearly two-year break from runway modeling.

A native of Kortrijk, Belgium, she later lived and worked in New York City, U.S.A.

She is a contemporary of fellow Belgian model Jessica Vandersteen.

Hanne Gaby Odiele Is A Member Of