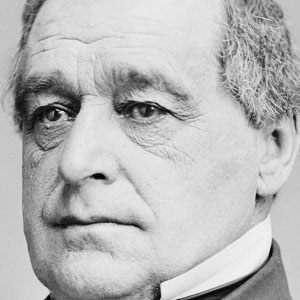 The 15th Vice President of the United States from 1861 to 1865 who served under Abraham Lincoln during the President's first term in office and the bulk of the American Civil War.

He served as a US Senator from Maine both before and after his term as Vice President.

He had very little authority within the Lincoln administration and did not even meet the President until after the election.

He had four children with his wife, Sarah Jane Emery.

He was replaced on the ticket by Andrew Johnson in an effort to broaden Lincoln's base of support. If he hadn't he would've been President.

Hannibal Hamlin Is A Member Of