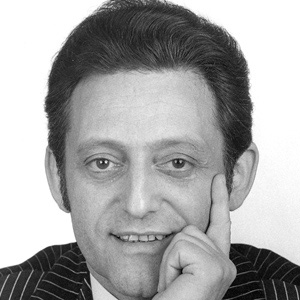 Goldene Kamera award-winning German radio and television host from the 1970's and '80s.

He was raised as a Jew in Berlin, but he suffered under the burgeoning antisemitic attitudes of the Nazi party. Then when his parents died of poor health he and his brother were orphaned.

In 1980, he published his autobiography Zwei Leben in Deutschland, or Two Lives in Germany.

He married Sylvia Weinstein in 1930.

Hans Rosenthal Is A Member Of