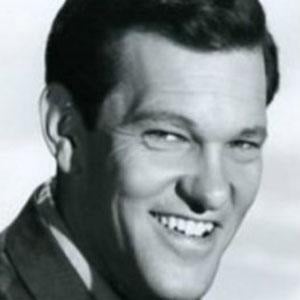 Television presenter who became known for hosting such game shows as Name That Tune and Split Second. He also hosted Hardcastle and McCormick.

He made guest appearances on such TV shows as The Ghost & Mrs. Muir, Cannon, Cybill, and Laugh-In.

He appeared on an episode of the new Hollywood Squares for its Game Show Week Part 2.

In 1948, he married Betty Gevedon, with whom he had four children.

His brother-in-law, Bill Cullen, was the original host of The Price is Right and numerous other legendary TV game shows.

Tom Kennedy Is A Member Of