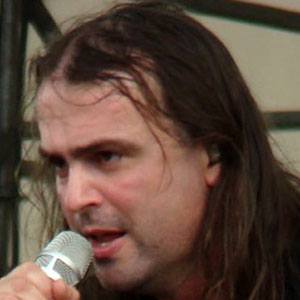 He is well-known for his lyrics, which typically revolve around medieval fantasy lore and the works of J.R.R. Tolkien.

He and Iced Earth's Jon Schaffer have formed a side project called Demons and Wizards.

Hansi Kursch Is A Member Of