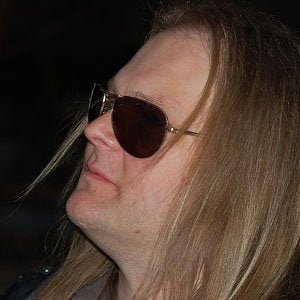 His first smell of success came as the lead singer of Vagabond when the group dropped their self-titled album in 1994.

He sang the Norwegian national football team's song for the World Cup in 1994.

He was born in Rjukan, Norway.

He is a Norwegian metal musician like Varg Vikernes.

Jorn Lande Is A Member Of