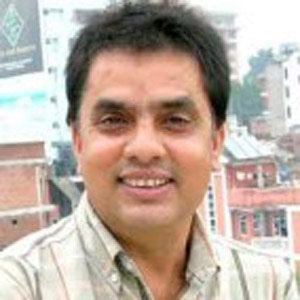 One of the best known Nepali comedians to ever perform. He is also known for his acting and his time spent with Radio Nepal.

He began his performing career working for Radio Nepal.

He has held the position of ambassador for the UN World Food Program in Nepal.

He married Meera Acharya and raised two sons with her.

Both Acharya and Santhanam are known for their comedic roles in movies.

Hari Bansha Acharya Is A Member Of