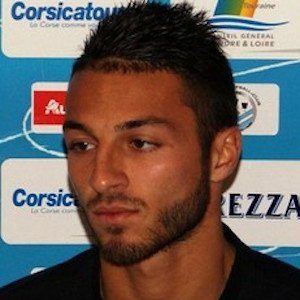 French-Algerian midfielder known for his play in France's Ligue 2 as a member of Tours, which he joined in 2014.

He played his youth soccer with Boulogne and Valenciennes before making his senior debut with Tours.

He was part of Algeria's U-20 team while they prepared for the 2013 African U-20 Championship.

His uncle is Youssef Belkebla, who also played soccer professionally.

Olivier Giroud also played for Tours early in his career.

Haris Belkebla Is A Member Of