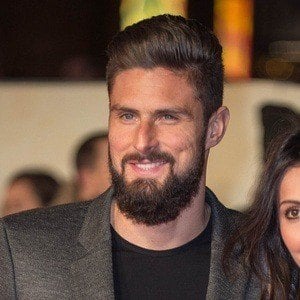 Dominant striker who played for Arsenal from 2012 until 2018. He previously played with Montpellier and Tours. In 2018, he would join Chelsea FC. He became a member of the French national team in 2011 and helped the team win the 2018 World Cup.

He played six seasons in the Grenoble youth system before making his professional debut in 2005.

He married longtime girlfriend Jennifer in 2011.

He became teammates with Bacary Sagna on France's national team in 2011.

Olivier Giroud Is A Member Of