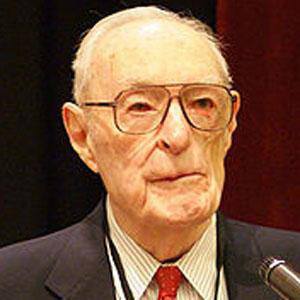 Author, statesman and former U.S. ambassador to NATO who was a recognized expert on international relations and economic warfare. He has written over twelve books including The Knowledge Executive in 1985.

Unable to serve in the army because of a childhood injury, he instead joined Washington coordinating financial aid to Italy and China, and later doing the same with the Marshall Plan.

Seeing the arrival of the information revolution in the 1990s, he predicted the rise of 'knowledge workers,' and loose, uncentralized networks - just one of his many accurate notes.

He had two daughters and one son with his wife Zoe.

He was a distant relation of two past presidents: Grover Cleveland and Martin Van Buren.

Harlan Cleveland Is A Member Of