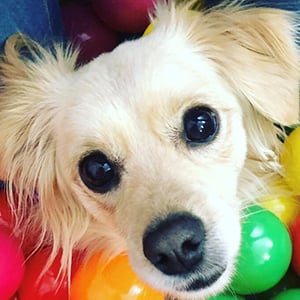 Pet dog of the Davis family featured in videos on their YouTube channel We Are The Davises.

Fans of the YouTube channel helped select the name of Harley in a July of 2016 video, the same month the dog was brought home.

The video in which he is brought home, "WE GOT A PUPPY!!!! | THE KIDS GET SHOCKED," was viewed approximately 4 million times.

He inherited a brother, another dog, named Hershey Davis.

Harley Davis Is A Member Of

We Are The Davises
5 Year Olds
Dogs
First Name Harley