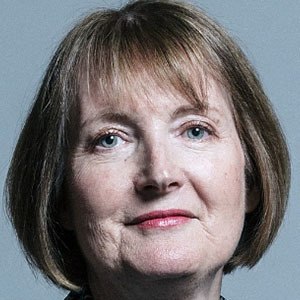 British Labour politician and solicitor who first began working as a Member of Parliament in 1982. She set an all-time record as the longest continuously serving female MP in the House of Commons.

She earned a degree in politics from the University of York.

She briefly held the title of Leader of the Opposition in both 2010 and 2015.

Her father John was a doctor and her mother Anna was a barrister. She married politician Jack Dromey in 1982. They have a daughter named Amy and sons named Harry and Joseph.

In 2017, she was called "Mother of the House" by Prime Minister Theresa May.

Harriet Harman Is A Member Of