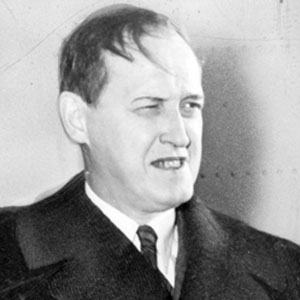 Franklin D. Roosevelt's closest advisor who was the main administrator of the New Deal policies. He was also notably a key policy maker in the $50 billion Lend-Lease program, in which the US supplied the Allied nations with military materials and supplies during the beginnings of World War II.

After graduating college, he went to work at a government-run social house in the Lower East Side ghetto, and from there as an administrator on several more welfare programs to the poor.

His Works Progress Administration, the government-run agency commissioning public works projects, became the largest employer in the country during the Depression.

He was married twice, and had three children.

Harry Hopkins Is A Member Of