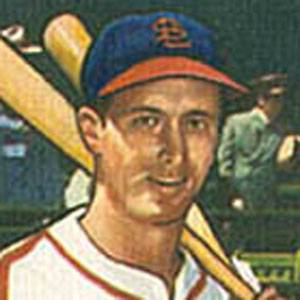 All-Star center fielder who led the National League in hitting in 1946 and won a World Series as a member of the St. Louis Cardinals in 1942 and 1946.

The Philadelphia Phillies signed him as an amateur free agent in 1937.

Hall of Fame hit machine Stan Musial was his teammate on the Cardinals.

Harry Walker Is A Member Of