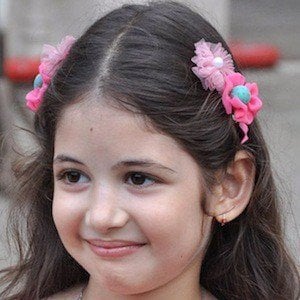 Bollywood child actress who was selected from a pool of 5,000 girls to play the role of Shahida (Munni), a mute girl, in the 2015 film Bajrangi Bhaijaan. The film became the second-highest grossing in Bollywood film history.

She was four or five years old when she first started acting. In 2014, she appeared in the serials Qubooi Hai and Laut Aao Trisha(Life OK Channel).

She has appeared in TV commercials for brands and companies such as Fair & Lovely, Horlicks, Pears soap and HDFC Bank.

She was born in Mumbai to parents Vipul Malhotra and Kajal Malhotra. She has a brother and sister.

She starred opposite Salman Khan in the movie Bajrangi Bhaijaan.

Harshaali Malhotra Is A Member Of