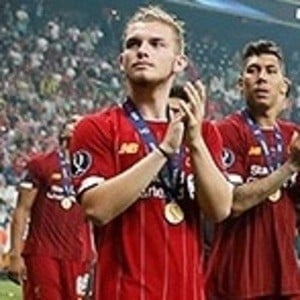 English midfielder who became the youngest player to play for the Premier League when he made his debut for Fulham F.C. in September 2018. He has also been a member of the England under 15 national team.

He began his youth career training with the Fulham club. He went on to make his first team debut with the club at 15 years old in the EFL Cup in September of 2018 in a match against Millwall.

At 15 years old and 174 days, he became the Fulham club's youngest ever team player and youngest to ever feature in the EFL Cup competition.

He has a French Bulldog named Paisley Elliott Jr.

He played alongside Ryan Sessegnon and Calum Chambers as part of the Fulham FC 2018 squad.

Harvey Elliott Is A Member Of