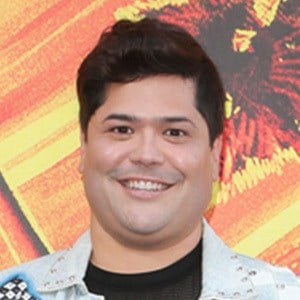 Cast member of the television adaptation of What We Do in the Shadows as well as the Syfy series The Magicians. Film credits of his included The Internship and Status Update.

He began booking professional roles around the age of 18. He was part of a 2010 TV show called Huge in which he played Alistair.

He had a recurring role as Cousin Blobbin in The Thundermans.

He is a good friend of Miranda Sings creator Colleen Ballinger.

Harvey Guillen Is A Member Of