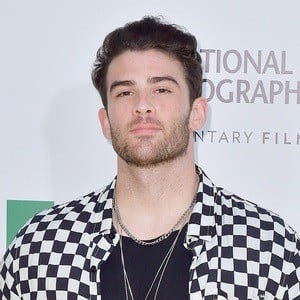 Best known for his hasanabi Twitch channel and as the on-air host for The Young Turks' YouTube channel series Pop-Crunch. He became one of the top-streamers on Twitch, earning over 1.8 million followers on his channel for his political commentary live-streams.

He graduated from Rutgers University in 2013 with his B.A. in political science and communication. He was a pledged member of the Theta Delta Chi fraternity there. He began his time with the Young Turks in advertising in 2014, before moving on to a full-time producer and eventual on-air talent for the brand.

The premiere of his Pop-Crunch series on The Young Turks' Network grew their YouTube subscriber base by 4 percent. He has also worked as the company's business manager. He dressed up as one of the players from the Squid Game tv show for Halloween in 2021.

He was born in New Brunswick, New Jersey and raised in Istanbul, Turkey. He often features his dog Fish on his Instagram account.

He and Cenk Uygur both rose to prominence for their work done for The Young Turks programming.

Hasan Piker Is A Member Of