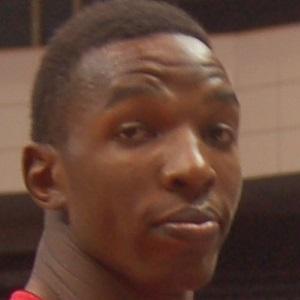 Tanzanian-born 7'3" center who was a standout defender and rebounder at the University of Connecticut before being selected 2nd overall in the 2009 NBA Draft by the Memphis Grizzlies.

As a junior at the University of Connecticut, he averaged a double-double, and recorded a triple-double against Providence College.

His NBA career started off slow and he became the highest-drafted player to be sent down to the NBA Developmental League during his rookie year.

He was born in Dar es Salaam, Tanzania's largest city, and raised there with his sister Sham, and brother Akbar.

He was drafted with hopes he could dominate in the paint like other 7-foot centers before him such as the 7'6" Yao Ming of the Houston Rockets.

Hasheem Thabeet Is A Member Of