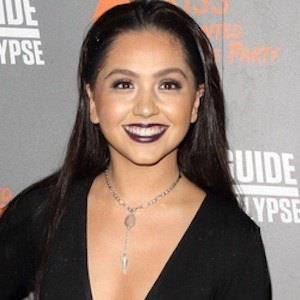 Best known for her time on the reality singing competition The X Factor. She has appeared on the UK iteration in both 2012 and 2015.

She began singing at an early age due to influence from her father, who is a professional Turkish singer. She first auditioned for The X Factor at age 18.

During her 2nd run on The X Factor in the fall of 2015, she left due to her mother being diagnosed with cancer. Following her mother's remission, she was able to return to the competition.

She was born and raised in England. She has a younger sister named Anya.

Havva Rebke Is A Member Of