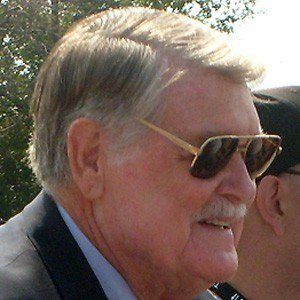 Member of the College Football Hall of Fame who led the University of Iowa to three Big Ten Titles in his 19-year coaching tenure.

He also had multi-year stints as the head coach of Southern Methodist University and North Texas State.

He had two children, Bryan and Jayme, with longtime wife Shirley Fry.

He was once a mentor to longtime University of Oklahoma head coach Bob Stoops.

Hayden Fry Is A Member Of