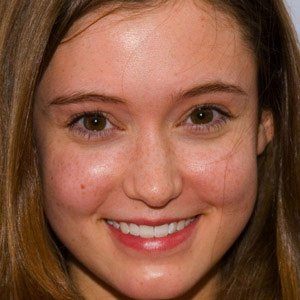 Actress and singer known for her roles as Emily Lightman on the TV series Lie to Me and as Brooke Putner on Sons of Anarchy. She also starred in the 2013 horror film The Conjuring.

She appeared early in her career in episodes of Without a Trace and Medium.

Her television credits include guest spots on Pushing Daisies and 24.

She was raised in Edmond, Oklahoma. She later moved to Burbank, CA to pursue acting.

She guest-starred in two episodes of Gilmore Girls, a series that featured actress Lauren Graham.

Hayley McFarland Is A Member Of

The Conjuring
Lie to Me
30 Year Olds
TV Actresses