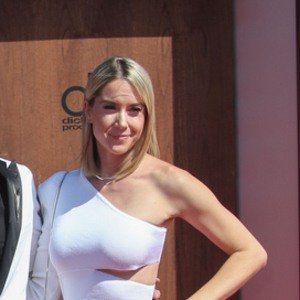 Became known as the wife of Florida Georgia Line's Tyler Hubbard. She created her own blog called The Vogue Trip, which features everything from travel to fashion, beauty and more. She used to work at Merrill Lynch in Nashville.

She graduated from Kent State University in 2008.

She has used her Instagram as an extension of her blog.

She was born in Ketchum, Idaho to parents Peter and Suzan Halse Stommel. She married Tyler in July 2015. They have a daughter named Olivia and sons named Luca and Atlas.

Her husband's bandmate Brian Kelley was also his best man at their wedding.

Hayley Stommel Is A Member Of