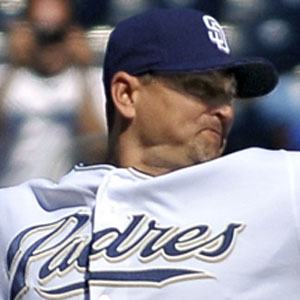 One of the greatest closers in MLB history, he was named to seven All-Star games and spent the bulk of his career with the San Diego Padres.

He was originally drafted as an infielder but he was moved to the mound because he could throw but not hit.

He amassed an astounding 601 saves during his big league career.

He was traded by the Florida Marlins in exchange for slugger Gary Sheffield in a deal that worked out for both clubs.

Trevor Hoffman Is A Member Of