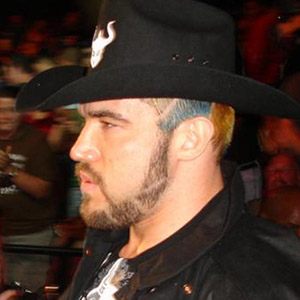 Heavyweight mixed martial artist rose to fame after fighting in PRIDE FC as well as UFC. He won the ninth World Vale Tudo Championship after finishing as runner-up the previous year.

He was a football player and wrestler at Amarillo High School, becoming one of the ten best high school wrestlers in the state.

Before his K-1 fight against Yoshihiro Nakao, Nakao gave Herring a kiss on the lips during the traditional staredown, prompting Herring to knock him out cold.

He has a daughter. His brother played football as an offensive tackle at Baylor University.

He retired following a loss via unanimous decision to Brock Lesnar on August 9, 2008.

Heath Herring Is A Member Of