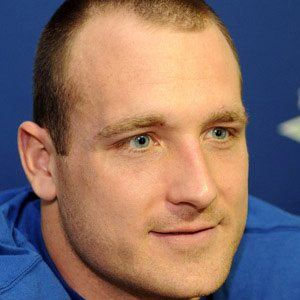 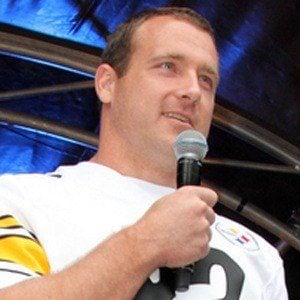 Pro Bowl tight end who helped the Pittsburgh Steelers win Super Bowl Championships in 2006 and 2009. He was a first round pick of the Steelers in 2005.

He planned to play quarterback for the University of Virginia but switched to tight end, which was great for his career.

His five catches against the Cardinals in Super Bowl XLIII helped the Steelers to secure a four-point victory.

He has two sons named Chase and Jake with his wife Katie Miller.

He and quarterback Ben Roethlisberger developed a great chemistry for the Steelers.

Heath Miller Is A Member Of