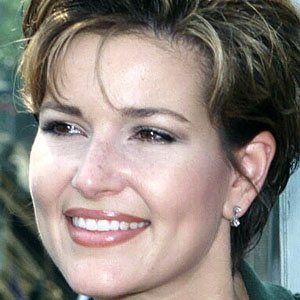 American fashion designer who won the 2000 Miss America pageant. She struck and killed a pedestrian while driving in 2003, and subsequently made several television appearances to tell her story.

She attended the University of Cincinnati College of Design, Architecture, Art, and Planning and also competed for Miss Ohio.

She hosted the 2010 Miss Virginia pageant.

She married Kentucky Lieutenant Governor Steve Henry in 2000 and they had two children.

Nina Davuluri is another winner of the Miss America pageant.

Heather French Henry Is A Member Of