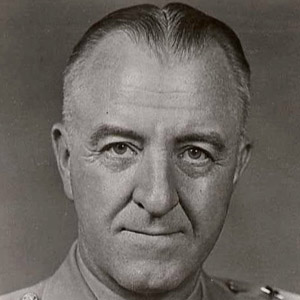 Veteran of World War II and the Korean War who rose through the military ranks to lead the U.S. Continental Army Command.

He joined the National Guard at age nineteen.

He led a World War II infantry division that fought in France. During the Korean War, he commanded an infantry regiment that reached the Chinese border.

He was married to Beryl King Powell for more than sixty years.

He and Alfred Gruenther both rose through the ranks to lead thousands of men in battle.

Herbert B. Powell Is A Member Of