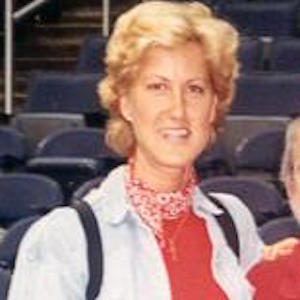 Former University of Virginia basketball star who won gold at the 1993 World University Games before playing for the Los Angeles Sparks and Washington Mystics in the WNBA. Her life and early basketball career were portrayed in the 2002 Disney Channel movie Double Teamed.

She suffered from a medical condition which required open-heart surgery when she was 5 months old. She later attended Palos Verdes High School, where she played volleyball in addition to basketball.

In 1991, she and her twin sister Heather Burge were recognized by the Guinness Book of World Records as the world's tallest pair of female twins.

She married Patrick Horton, with whom she has children named Jonathan and Holly.

Heidi Burge Is A Member Of