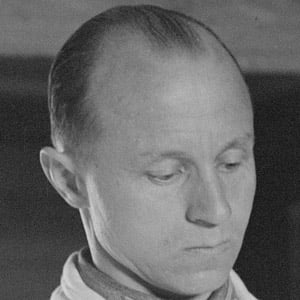 Finnish gymnast who won nine Olympic medals and became the oldest gymnastics medalist ever in 1952 at 44 years of age.

He won the first ever Olympic medal for Finland in 1928 when he took bronze in the pommel horse event.

He competed in a total of five Olympic Games spanning across 24 years.

He had a son named Alexei with his wife Galina.

He is a member of the International Gymnasts Hall of Fame along with Romanian gymnast Nadia Comaneci.

Heikki Savolainen Is A Member Of