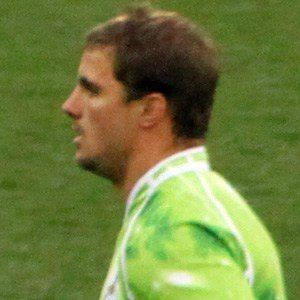 South African flanker who became known as a player for the Cheetahs, Free State Cheetahs, and Springboks.

He went to Grey College in Bloemfontein.

He was voted as the best open-side flanker in the Super 14 and the Currie Cup in 2008.

He got married to a woman named Caroline-Grace.

He and Coenie Oosthuizen both played for the Cheetahs and Free State Cheetahs during their careers.

Heinrich Brussow Is A Member Of