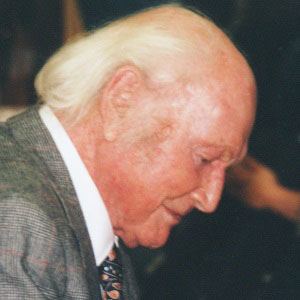 Famous for his nonfiction works The White Spider and Seven Years in Tibet, this Austrian writer and adventurer is also remembered for being a member of the first climbing team that ascended the 13,000-foot Eiger peak of Switzerland's Bernese Alps.

He attended Karl-Franzens University in Graz, Austria, focusing his college studies on athletics and geography.

He was chosen as a member of the 1935 Austrian Olympic skiing team, but was unable to compete because Austria boycotted that year's Olympic Games.

His three brief marriages were to Charlotte Wegener, Margarethe Truxa, and Katharina Haarhaus.

He was briefly the son-in-law of German geophysicist and continental drift theorist Alfred Wegener.

Heinrich Harrer Is A Member Of