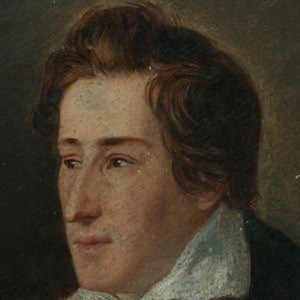 German poet and author whose best-known works include Buch der Lieder, Die Heimkehr, Neuer Frühling, and Germany: A Winter's Tale. Many of his early lyric poems were set to music as German art songs (Lieder).

He moved from Germany to France following the July Revolution of 1830 and became active in the Parisian literary community.

He converted from Judaism to Protestantism in 1825 due to escalating Jewish discrimination in his native Prussia (Germany).

He met an illiterate French girl named Crescence Eugenie Mirat in 1834. The two began living together and eventually married.

Some of his poems were set to music by composer Robert Schumann.

Heinrich Heine Is A Member Of