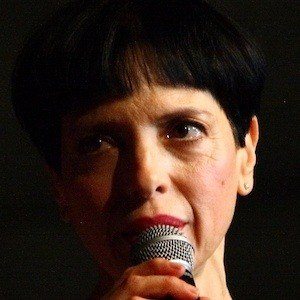 German singer known for popular singles like Rock'n' Roll Gypsy. She also played the lead role in the cult classic film Eddie and the Cruisers.

She studied piano before taking up singing.

She received the DIVA German Entertainment Prize for lifetime achievement in 2006.

Her parents, Dvora and Abraham Schneider, immigrated from Germany to the United States.

She performed in an Andrew Lloyd Webber production of Sunset Boulevard from 1995 to 1998.

Helen Schneider Is A Member Of