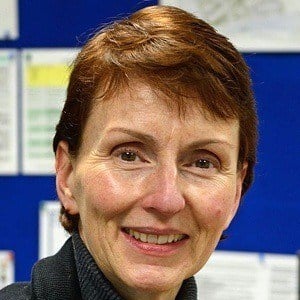 British chemist and astronaut who was the first Briton to go to space and the first woman to visit the Mir Space Station. She was selected as part of the Project Juno project.

She worked as an engineer and chemist for Mars Incorporated.

She was the fifth youngest person to fly in space as of 2007, having only been 27 years old when she went on her mission.

She was born in Sheffield, where she received a star on the Sheffield Walk of Fame.

After her mission was cancelled, Mikhail Gorbachev insisted it proceed as planned.

Helen Sharman Is A Member Of