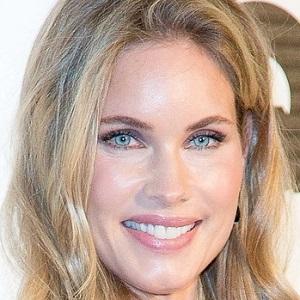 Most famous for her modeling work for the H&M clothing brand, Svedin is also known for her cover shoots for Marie Claire, Elle, and GQ magazines.

Early in her career, she signed contracts with Wiener Models and East West Models; she was later represented by the New York-based Elite Model Management.

She met her husband at a 1996 Joaquín Cortés fashion show held in Barcelona, Spain.

Between 1999 and 2004, she and her husband, professional soccer player Luis Figo (of F.C. Internazionale Milano), welcomed daughters named Daniela, Martina, and Stella.

She appeared in advertising campaigns for L'Oreal, Guess?, and Giorgio Armani.

Helen Svedin Is A Member Of